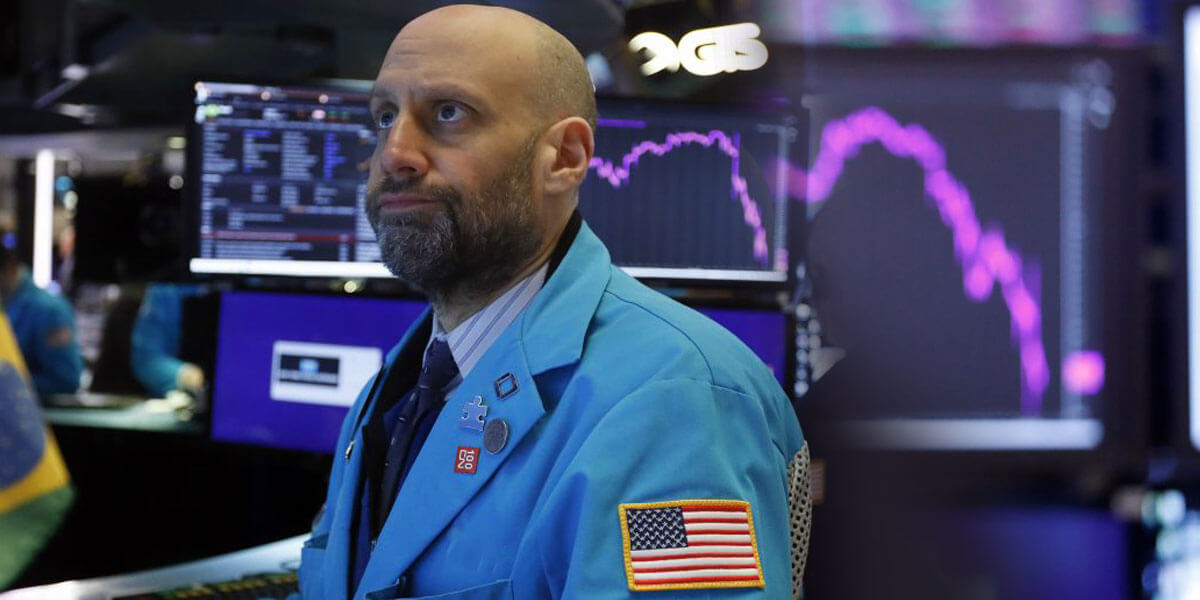 Once again, it was a week of high market volatility, with levels not seen since the 2008 global financial crisis. Last Thursday’s equity market crash was one of the biggest we have seen since 1987. Selling took off early in the Asian session after President Trump’s address failed to calm nerves. The DAX plunged over 12%, the DOW dropped 9.99% and the Russel smallcap 2000 was hammered and had fallen 11.83%. Panic selling drove the crash onwards as the global spread of coronavirus continues unabated. The current situation in Italy contributed to panic selling, as officials decided to increase the initial lockdown area to include the whole of the country, which inevitably helped send further fear through global markets.

Central banks continued to make sudden economic decisions, with the Bank of Japan being the latest in committing to further stimulus in case of the virus wreaking further havoc on the financial markets. Meanwhile, the Bank of England made a surprise announcement on Wednesday to slash rates ahead of the day’s annual budget release. The FED also stated that they are committed to pumping $1.5 trillion into the financial system in order to combat potential freezes brought on by the current situation.

It’s hard to pick a chart this week as so many markets continued to crash, but Bitcoin caught my eye when I saw the absurd percentage number whilst looking at the drop from last Monday to Friday. Last week’s decline in Bitcoin was over 50% to Friday’s low. I know the cryptocurrency is renowned for its ability to move, but we haven’t seen a percentage like that since 2017! 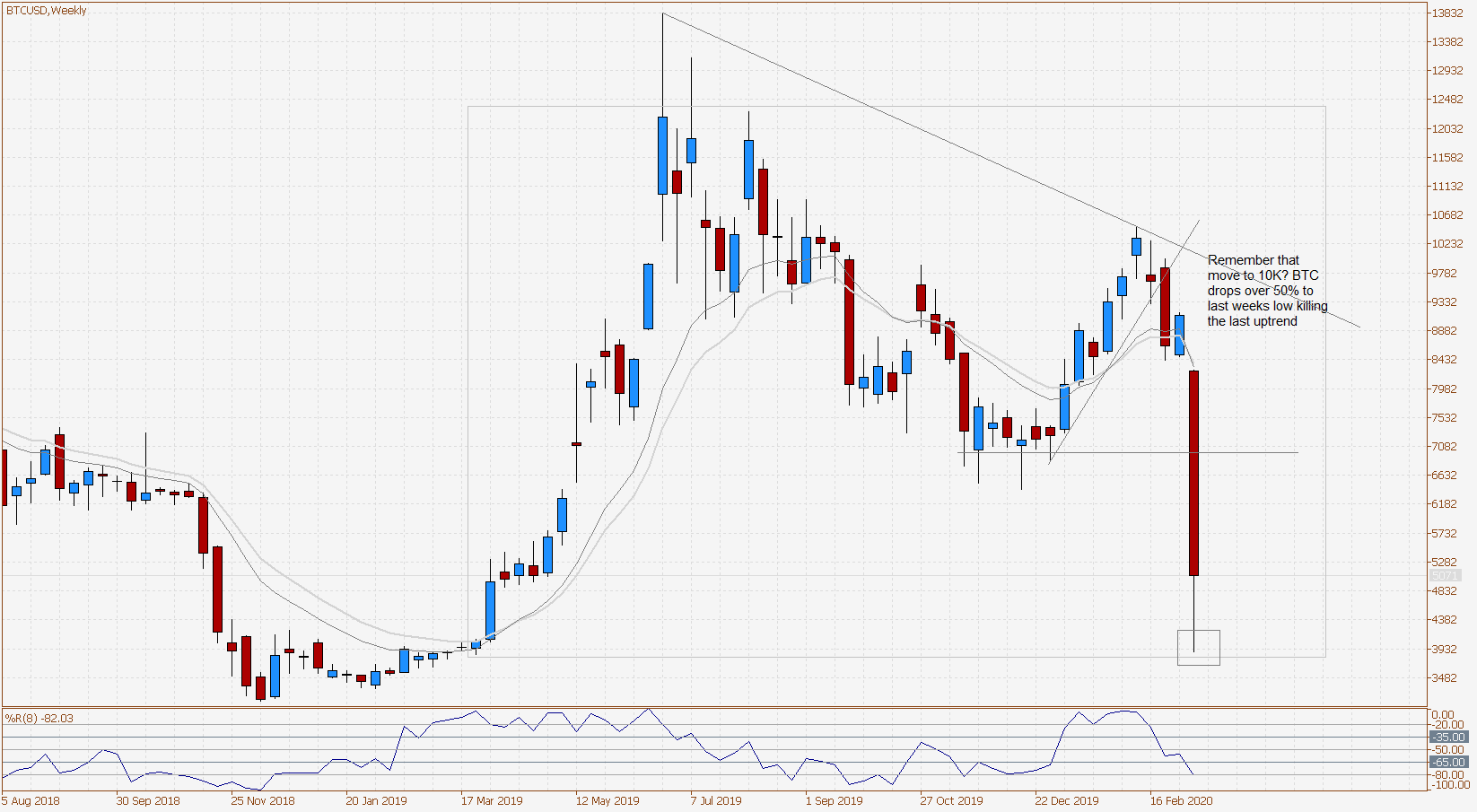 Some other notable mentions include the Dow, which lost over 18% over the five days, and the German DAX, which lost 23.30% in the same period. In the first week of an economy in lockdown, Italy’s FTSE MIB dropped a massive 30.90%.

This week, we’ll be looking for further clarity from central banks on how they plan to stabilize the markets. After some of the most intense selling, we have seen over the past three weeks, you’d think we would be getting a step closer to a relief rally. The ASX200 looked to have started that phase with a 4% jump Friday. It would be surprising to see further cuts from the Federal Reserve Meeting after the 50% cut we saw recently but under the current circumstances, you never know. The Bank of Japan also meet on rates this week and we’re asking would they cut deeper into the negative? Based on last week’s message properly not, but the statement could show new stimulus measures.

These GER30 and ASX200 weekly charts show just how dramatic the selling has been, both lows eclipsing the entire bull run-up. 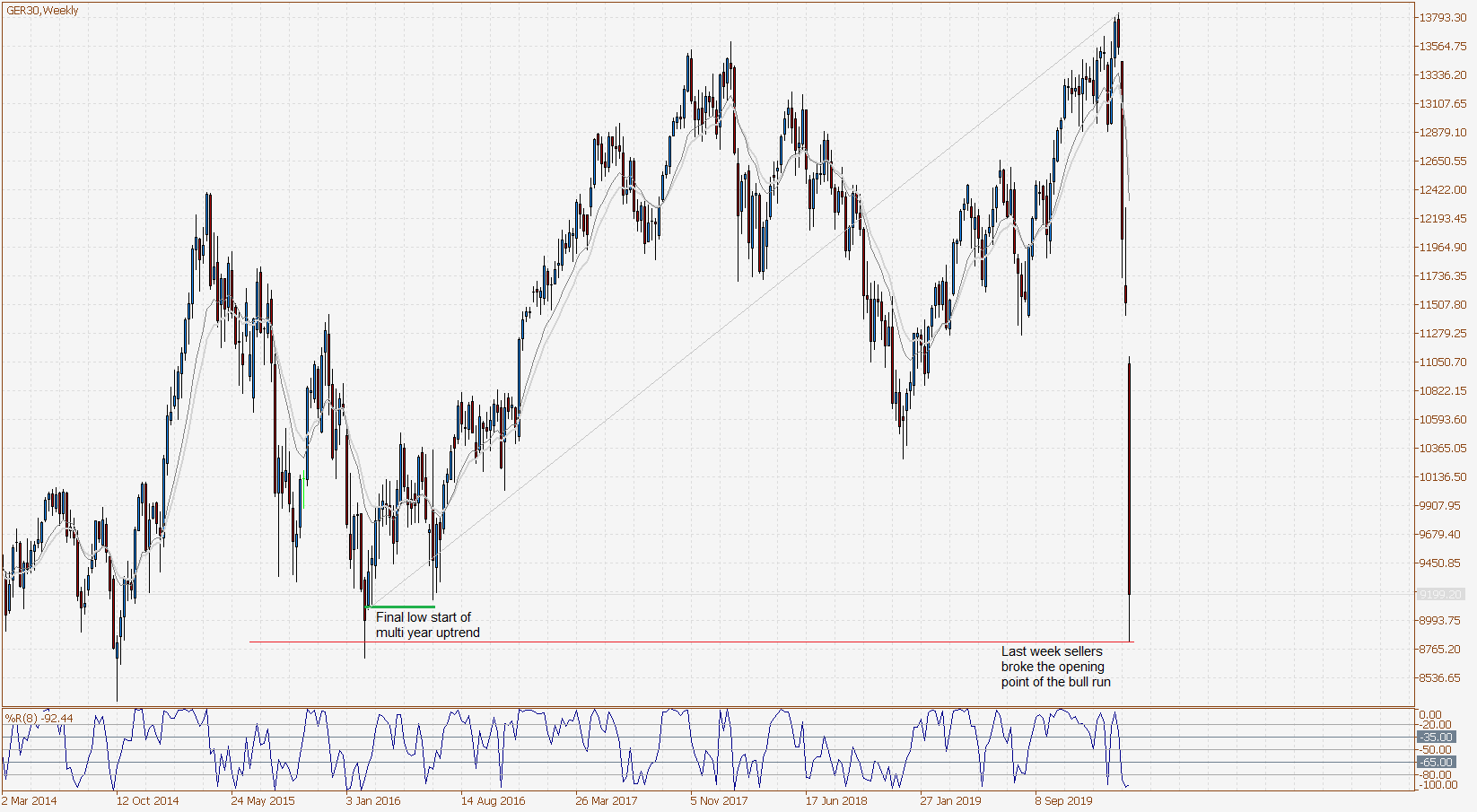 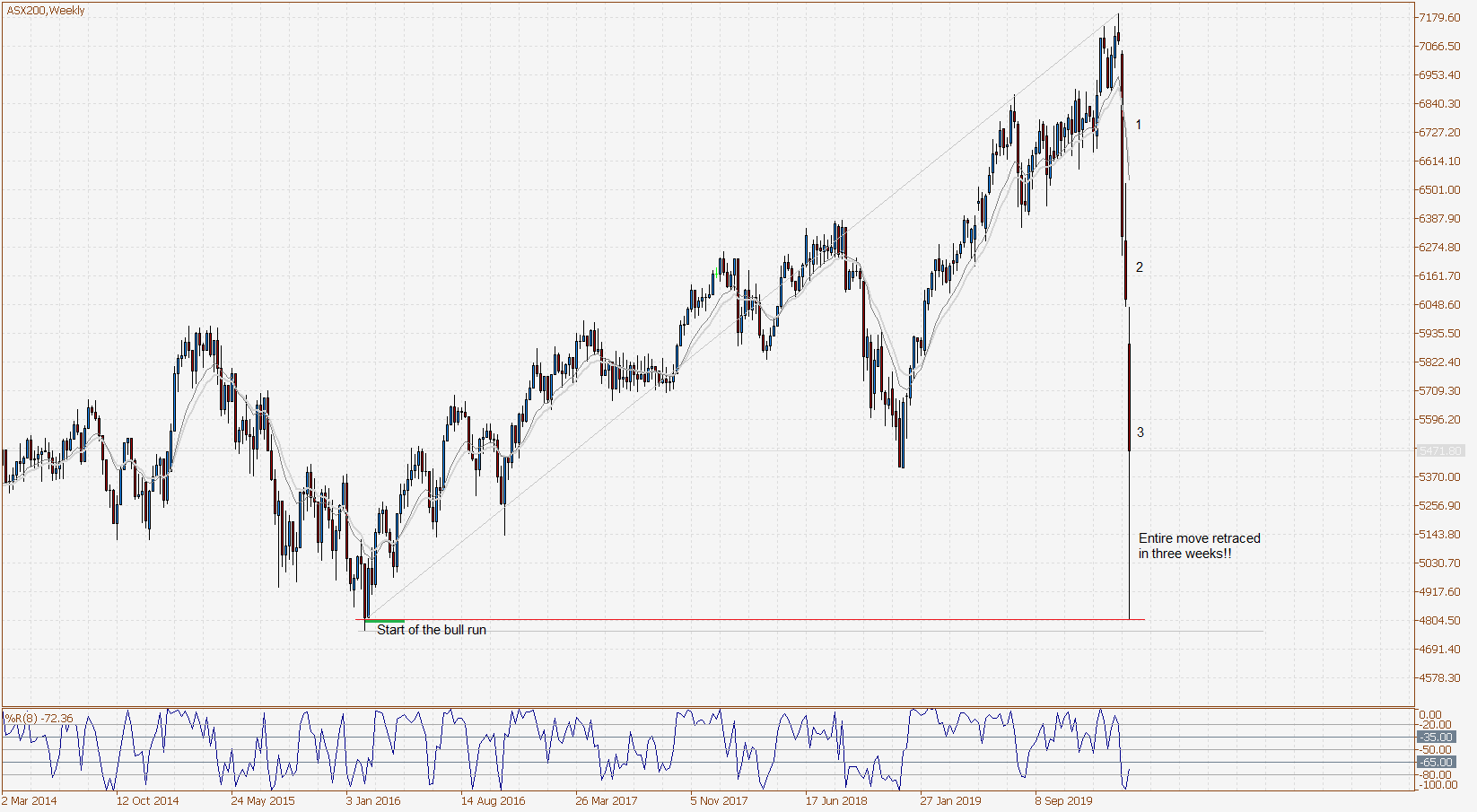