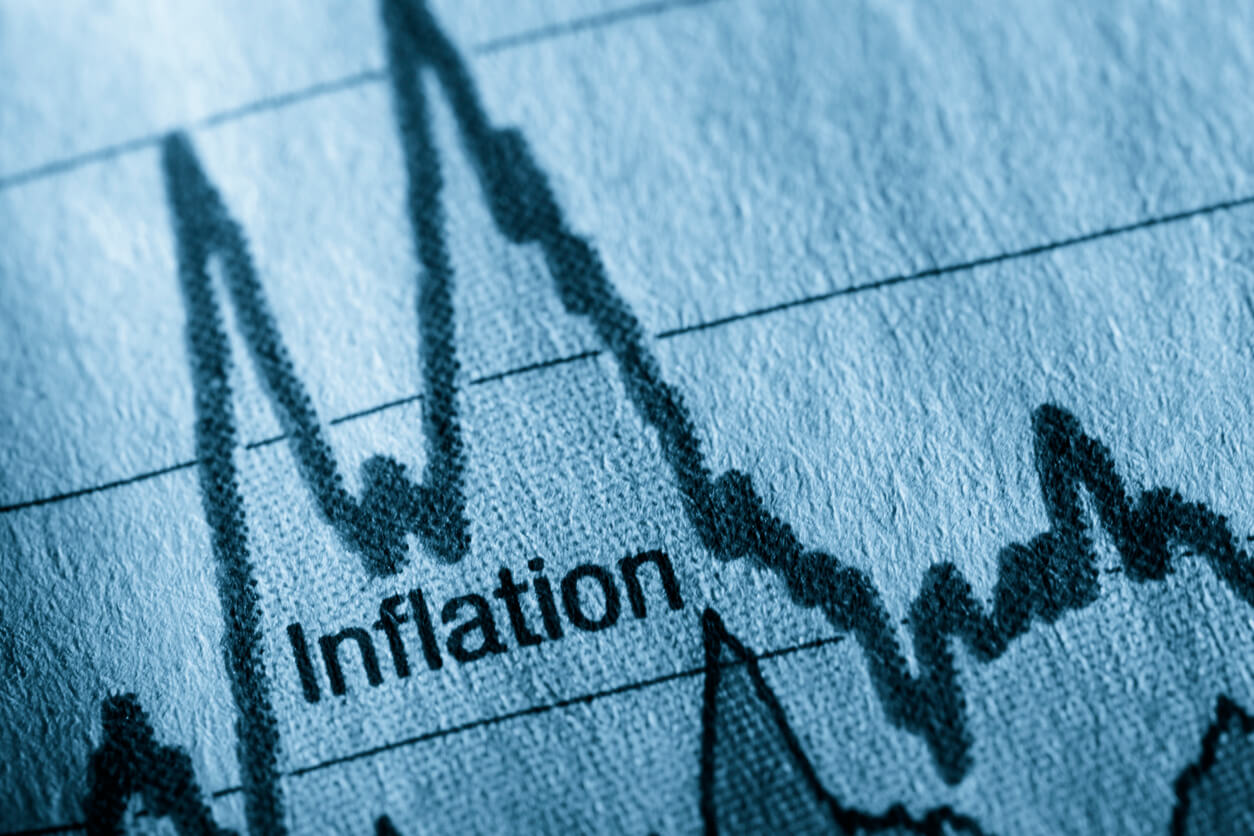 When trading the financial markets it’s important to be aware of important economic indicators as they can influence price action. Certain economic indicators will also show an accurate indication of the overall health of the country’s economy, and they are released on a monthly or weekly basis.

Below, we will explain the top economic indicators that are widely followed by traders. We also discuss why they are an important tool when it comes to buying or selling financial assets.

Inflation rates are deduced through indicators such as the Consumer Price Index, which examines the price of consumer goods and services across transportation, food and medical care. The index is calculated by noting the price changes for certain goods, this measure is correlated with the cost of living and is a good indicator for identifying periods of inflation or deflation.

CPI will highlight price changes in the economy and thereby allow the government to make informed decisions around economic policy. Central banks will normally try to control levels of inflation by raising interest rates. This then forms less liquidity in the markets halts the increase of the price of goods and services.

It is also a useful tool for businesses as it allows them to also assess the health of the economy and predetermine consumers purchasing power.

Why does Inflation Occur?

There are two main causes behind inflation rates, one is demand and the other is cost. The demand for products relies on consumers wanting it so much that it overrides the supply and production of the goods. As a result of this, the seller is faced with the possibility of running out of supply if they don’t take any measures, such as an increase in the price of the goods. If they do decide to increase prices then this will cause inflation.

If inflation rises unexpectedly this could have a negative effect on businesses as they wouldn’t have much time to prepare for an inflation hike and it would take them longer to increase the cost for customers and therefore the overall index price will be affected as a result of this.

When identifying how inflation would impact the market it is important to identify where the price is rising. For example, we are currently seeing the price of oil hit all-time lows, this will then feed into other industries such as transportation. The next thing traders will be examining is how companies deal with the decrease or increase in the price change. Once this has been determined the trader can gain some sort of idea on whether the FX, Indices and other Commodities will hold on the market.

Interest rates are determined by Central Banks. Almost everyone in society will be affected by a change in the rate of interest.

Not only will consumers be impacted with any loans that they want to apply for. The rate at which banks borrow and lend to each other can also change and have a widespread effect across the economy. This will, in turn, affect the stock market. Once the interest rate changes it will normally affect the economy 12 months after the rate decision. However, the response to the market after the decision has been made is immediate. 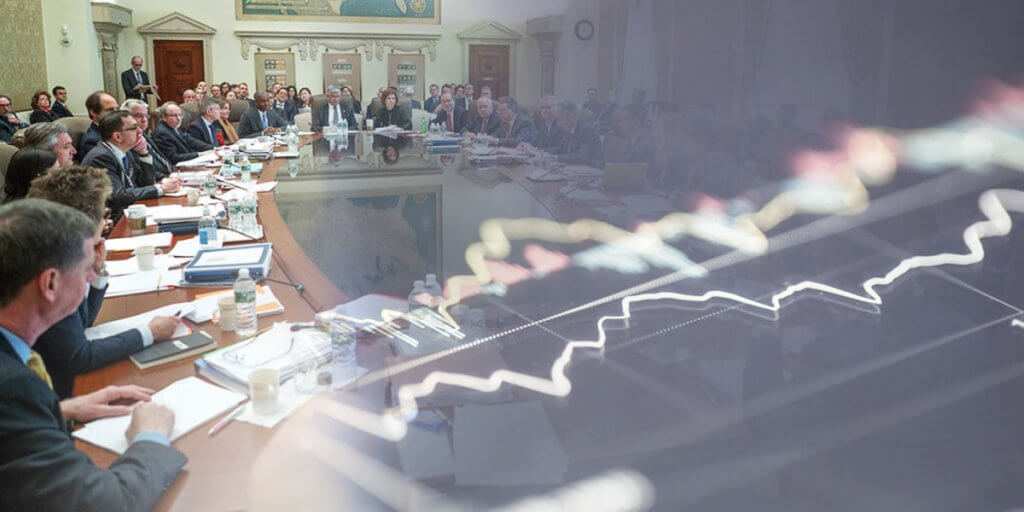 The most significant interest rate in the UK is the ‘Bank of England Base Rate’. It is set by the Monetary Policy Committee (MPC). This is set with the purpose of stabilising inflation and maintaining the preferred target rate. A change in the bank rate will influence consumer spending and ultimately have a knock-on effect on the price of goods and services.

In the US. The Federal Open Market Committee (FOCM) sets the target for the federal funds rate. This is the rate at which banks can borrow and lend to each other. Like the Bank of England base rate, it has a ripple effect across the economy.

If the rate decreases then this encourages consumer spending which then also impacts businesses and companies, and in turn affects the relevant index on the market. When the rate increases then corporate and private loans become more expensive and it tends to have a negative effect on stock markets.

The GDP is also used as an indicator to determine the economic health of a county and it can also be a major influence on stock market prices. Gross Domestic Product refers to the total amount of goods and services produced within a country. Goods and services normally cover all private and public consumption, government outlays, investments and exports.

Once GDP data has been released it could have a significant impact on the stock market depending on if the GDP is low or high. If the GDP is high then it highlights a healthy economy. In turn, businesses will also report higher earnings as a result. Similarly, if the GDP was low then it would have an opposite effect on the economy.

For example, the 2008 recession lasted 18 months and was the longest global recession seen since WW2. The recession started when house prices plummeted in 2007. When this happened Central Banks didn’t drop interest rates which lead to the stock market crash. This impacted the global economy in the third quarter of 2008. Consumer spending was scarce and as a result, GDP was low and global indexes sank to decade lows. 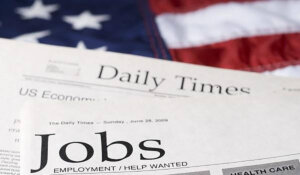 The unemployment rate is also used to measure the health of the economy just like GDP and CPI. This measure is calculated by dividing the number of unemployed people with the number of people that are working. If the unemployment rate is high it means that cash flow into the economy will also drop. People won’t be spending any capital, leading to a pressured economy.

Read our series on trading the news and find out how to trade forex on the back of a news release.

The Bladerunner Strategy: A Useful Approach in Forex Trading

by Leon Marshall,
Forex trading can be approached from many angles, and one of them is the Bladerunner strategy. Based on the 20-period Exponential...
Read More 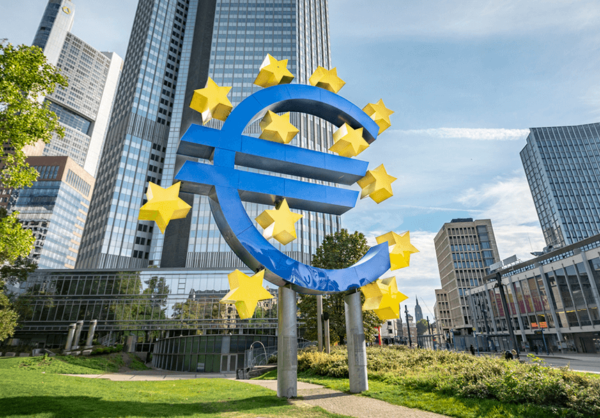 Tapering Talks Heighten. What can we expect from the next ECB Meeting?

by Nick Alexander, Market Analyst
In this article, we delve further into ECB’s more recent monetary policy decisions. Will we see this central bank taper its...
Read More 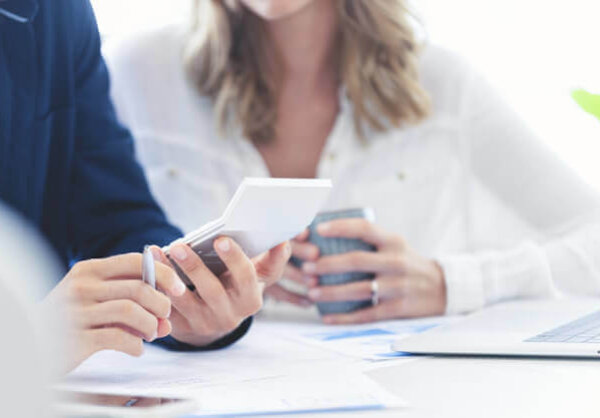