The SPX500 CFD tracks the S&P500, or simply the S&P. It's one of the largest and most widely followed stock indices in the world and is published by Standard and Poor as it tracks the prices of the 500 largest companies in the US. The index is also tracked by the largest ETFs globally and the most actively traded futures contracts. Large holdings include Apple, Microsoft, Amazon and Berkshire Hathaway.

Launched in 1957, the SPX500 was interestingly enough was one of the first indexes to be published daily. Now it is used to gauge the overall economic health of the United States. The S&P500 consists of the companies that trade on both the New York Stock Exchange and Nasdaq. There are other S&P indexes available to trade, and they cover a wide range of different sectors and industries. An example of this is the S&P Composite Index.

The index tracks the market capitalisation of the companies which form the S&P500. The market cap is defined by the number of stock shares that a company has issued and is calculated by multiplying the number of shares a company has issued by its stock price. However, this index is weighted by a float-adjusted market cap, which means it will only measure the publicly listed shares and none that are held privately.

Like the other indices, there is a committee in charge of deciding what companies can be part of the index and is decided by examining liquidation levels, size, and the industry. The index is reviewed quarterly, in March, June, September, and December. The company must also be in the United States and should have a minimum market cap of at least $6.1 billion, and 50% of its stock should be made available to the public. Other requirements, including the company's stock price demand to be $1 per share and a copy of its 10-K annual report. 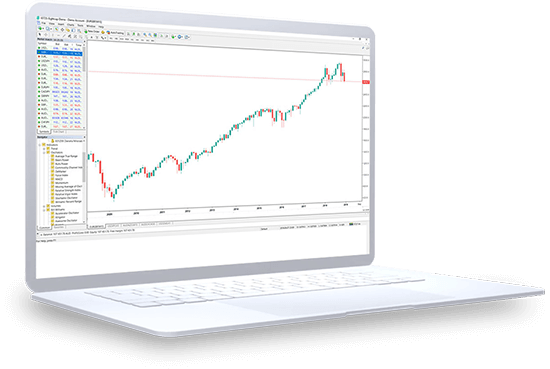 How to trade SPX500 with Eightcap?

With Eightcap you only need one trading account to trade CFDs on the SPX500 index and other asset classes. Eightcap offers clients the MetaTrader 4 and 5 platforms, widely regarded as the world's most advanced trading platforms. Signing up is easy, and in just a few minutes, you will be ready to start your trading journey.