Tapering Talks Heighten. What can we expect from the next ECB Meeting?

The European Central Bank (ECB) is a major factor on the markets. 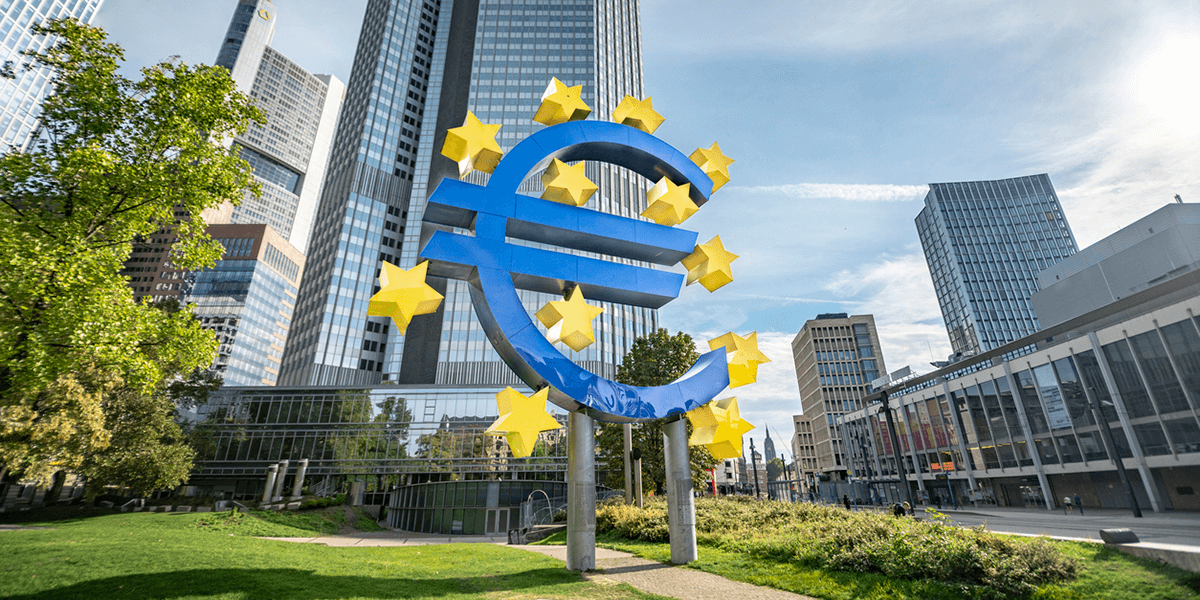 In 1998, the European Central Bank (ECB) was formed to govern monetary policy. The ECB monetary policy meetings are looked at by investors worldwide. After the meeting, there tends to be notable volatility in the stock market, especially in major currency pairs such as the EURGBP and EURUSD, and some stock indices.

In this article, we delve further into ECB’s more recent monetary policy decisions. Will we see this central bank taper its asset purchases?

We also look at why you should be paying attention to the decisions that arise from the next ECB monetary policy meeting on the 22nd of July 2021.

What happened at the last ECB meeting, and how did the market react?

On the 10th of June 2021, the ECB decided to keep its monetary policy relatively the same as it has been since the start of the pandemic. Frustratingly for hawkish investors, little updates were given on future asset purchases and the quantitative easing program currently in place. The emergency stimulus created in early 2020 could perhaps stay through to the end of 2021. As a result, due to the insufficient details provided around monetary policy, there wasn’t much volatility seen on the markets.

As you can see on the EURUSD hourly chart below, this particular currency pair only moved 50 pips in a range that day. The EURGBP started a move lower.

Market players are demanding answers on how long the central bank will keep up its vast monetary stimulus. The policy in place was quickly created at the height of the pandemic to deal with the catastrophic economic fallout. However, from the central banks meeting in June 2021, there was no indication as to when the stimulus program would be curtailed.

What stimulus was in place to absorb an economic decline in the Eurozone?

To deal with the financial crisis from the pandemic, the ECB created a stimulus program to help both citizens and businesses. The Pandemic Emergency Purchase Programme (PEPP) totalled a prodigious €600 billion in June 2020. It aimed to lower borrowing costs and ultimately boost lending.

This is still currently in action. But now sits at an eye-watering €1,850 billion. It works alongside the central bank’s asset purchase program set up in 2014.

Back in March 2020, the ECB also announced bond purchases amounting to €750 billion. At the time, the central bank claimed that the program would be in motion until it declared the crisis to be over. Worldwide lockdowns have notably been on and off since the beginning of 2020. One of the many consequences has been the knock-on effect that it has had on the economy.

Currently, there has been no sign from the ECB on reducing bond purchases or the PEPP. This could be down to wanting to keep interest rates near rock bottom in a bid to encourage consumer spending and help businesses weather the storm.

What are traders looking for in the ECB meeting?

We are only a week away from the next central bank meeting. Traders expect to hear more about the easing of the current stimulus program. Cracks are already starting to appear between the hawks and the doves. There has been a public debate between German and Austrian ECB rate-setters Jens Weidmann and Robert Holzmann as they hope to ease the PEPP. However, it is also essential to bear in mind that they are notoriously known to be hawkish. This means they tend to favour tightening monetary policy.

On the other hand, there has also been dovish sentiment among other rate-setters. For example, there has been a warning from the ECB executive board member Fabio Panetta. His opinion is that easing the PEPP program might be an action that proves to be too quick too soon.

According to Reuters, he stated:

Experience shows that attempting to reduce the pace of asset purchases too early would lead to a tightening of financing conditions and a higher pace of purchases later.

A brighter side for inflation levels in 2021? 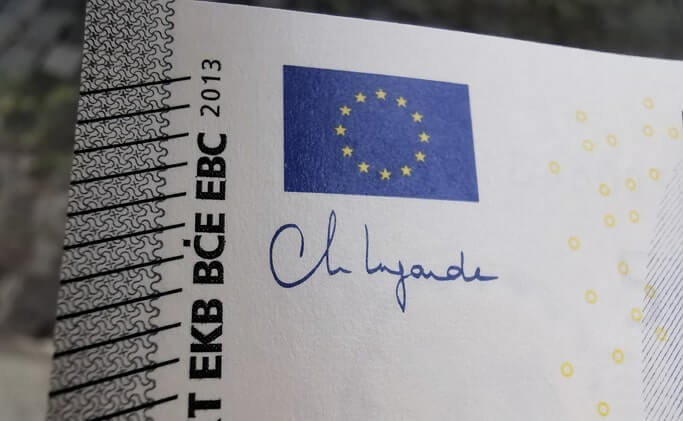 Inflation has picked up over recent months, largely on account of base effects, transitory factors and an increase in energy prices.

Optimism has been projected around future inflation levels, as they are expected to rise further in the coming months. However, is the ECB truly serious about reviving its inflation levels?

A new strategy was announced last week by Christine Lagarde. In an interview, she states that the central bank will be shifting its focus to show commitment in boosting its inflation levels. The central bank’s refreshed strategy will look at temporarily taking inflation higher than its 2% goal. This could be a sign for investors that there may not be a premature tightening of policy, despite hawkish sentiment from some policymakers within the ECB. A shift to allow inflation to stretch further than its goal allows flexibility for dovish policymakers to keep interest rates relatively low.

Despite the news of a new strategy, the EURUSD managed to hold ground. It was encountering minor gains during Tuesday’s Asian session. After little movement in the last meeting, what will we see from this currency pair after the ECB press conference?

A greener future for the Eurozone?

One aspect of July’s ECB meeting could be very different from what we have seen in the past. That is climate change considerations into future monetary policy decisions. Christine Lagard acknowledged that climate change is currently a monumental challenge worldwide. The ECB President is set to follow the likes of the UK and Japan‘s central bank in identifying how it can make its current monetary policy framework greener.

Make sure you check out our education content which is a great tool for trading the financial markets, including our guide on trading after a news release. 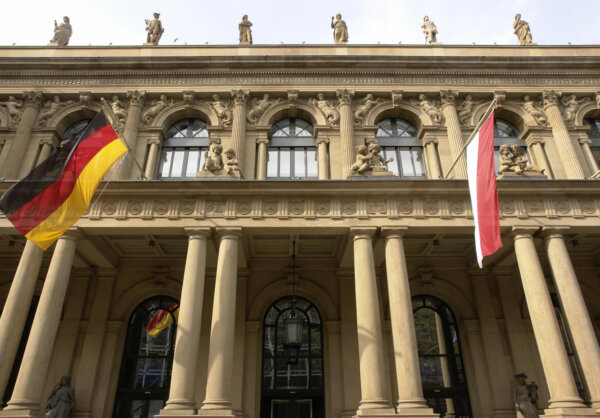 The Most Stable DAX Shares Over Time

by Leon Marshall,
The DAX 30 is the index that used to represent the 30 largest German companies by market capitalisation. Following an...
Read More 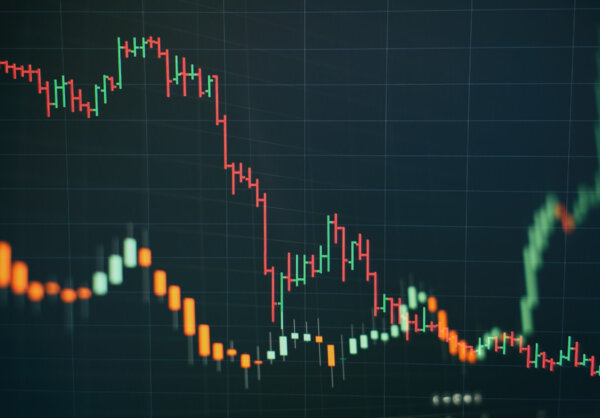 How to Trade Currency Pairs on MT4

by Leon Marshall,
MetaTrader 4 is one of the most popular and stable platforms used for retail forex trading. It is designed by Metaquotes Inc. as...
Read More 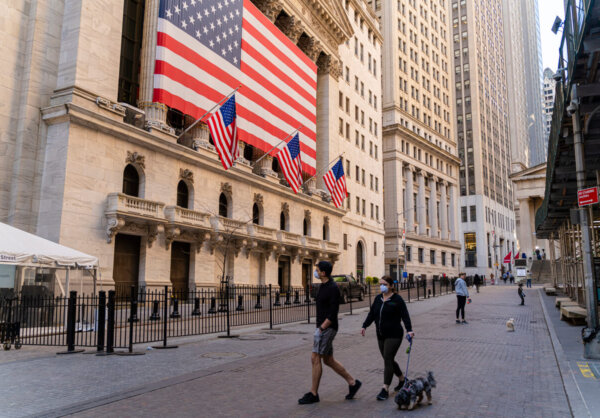 Inflation’s Effect on the US Stocks in 2021

by Leon Marshall,
Inflation can reduce purchasing power drastically. The Federal Reserve is the main go-to for questions related to the topic. As...
Read More